Rwanda: the long path to healing

<< Back to Latest News 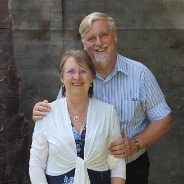 The church in the aftermath of the genocide

The Rwandan genocide, which took place between 7 April and 15 July 1994, was a mass slaughter of Tutsi, Twa, and moderate Hutu in Rwanda, during the Rwandan Civil War.

The scale and brutality of the massacre caused shock worldwide. Many of the victims were killed in their own villages or towns, all too often by neighbours and fellow villagers.

Hutu gangs sought victims hiding in churches and school buildings. The militia murdered victims with machetes and rifles. Up to one million Rwandans were thought to have been killed and sexual violence was endemic, with an estimated 250,000 to 500,000 women raped during the period of the genocide.

Events of 1994 had a lasting and profound effect on Rwanda and as a result of the genocide, nations collaborated to establish the International Criminal Court.

Today in Rwanda, many of the current generation are victims of the multiple rape, enduring grief and great suffering. Large numbers of young people live daily with the emotional strain of being the product of the numerous and widespread rapes, perpetrated on so many innocent women of all ages.

The government is powerless to help these traumatised people and is turning to the churches for help and healing. There is clearly a need for church leadership training to help the victims of the genocide and books which underpin the training are urgently required.

Long-time partners of the trust, Brian and Sheila Keel recently collected 350 books from the Trust for just such leadership training in Rwanda. The Keels will shortly be travelling to the country to distribute the books to those churches most in need. The books, part of Sovereign World’s Truth and Freedom series, offer the guidance and help so desperately needed. With enough funds for mailing, we hope to be able to support the churches in Rwanda with further titles in the future.