In times of great distress...

<< Back to Latest News 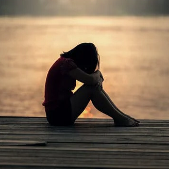 Praying for God’s help in times of need - Psalm 89

This week Trust Director, Chris Moffett, reflects on Psalm 89, and on praying and receiving answers to prayer in times of profound need.

Psalm 89 has much to teach us about how to pray to God in times of trouble. The Psalms are a varied collection of songs and prayers which can be used in many different situations and seasons. This one is sometimes known as a community lament. It was written by Ethan, a musician in David’s court, at a time when it appeared that God had not kept his covenant. David had been defeated. Israel’s fortifications were in ruins and he was being mocked and taunted. Where was God in all of that? How long would they have to endure this situation?

It's instructive to see how Ethan approaches his prayer of complaint. He doesn’t launch straight-in with a barrage of woe. He restrains himself for 37 verses before he lets rip with a cry for help.

For the next fourteen verses the Psalmist praises God for his faithfulness. He aligns himself with those beings who are worshipping God in his presence in the heavenly realm.

This burst of confidence may have done a great deal to clear the spiritual air, but Ethan is not quite ready to pour out his complaint to God. For another nineteen verses he reminds God of the covenant he has made with David. This is important because when he does get to his 'lament' it will be based, not on his own personal preference, whim or desire but on what God himself has already declared and committed to do.

At this point the Psalmist pauses. There is a special word – Selah – to indicate this. It’s not hard to imagine the depth of emotion that had built up in his soul as he rehearsed God’s promises to him; disappointment that the situation was totally the opposite of what was promised, anger that the people had been let down, pain, humiliation, frustration. He was probably feeling guilty too because of his negative emotions towards God. Here was a man whose experience and beliefs were clashing head on. God is good. God has made promises. But his experience was totally the opposite.

And then the dam burst. It’s not difficult to imagine that the last portion of the Psalm was punctuated with the tears of distress and pain.

And did God respond? Yes, he did indeed. But not as the Psalmist expected. With the benefit of time and hindsight we can see that God’s promise to David was outworked in a different way. Christians understand that Jesus was a descendent of David, has an eternal throne and that through him God’s purposes for the world will be established. What Psalmist Ethan wasn’t allowing for was that God had previously made another covenant with David’s ancestor Abraham, that through him all the nations would be blessed. Somehow in God’s big scheme of things both promises had to come together in the fullness of time.

This serves as a reminder for us today, that God does sometimes answer our calls for help in a very different way to our expectation. It’s not that he is deaf and it’s not that he has forgotten. It is certainly not that he is indifferent to our plight. There is very likely more to the situation than we can see.

This Psalm also serves as a model for how to approach God in times of distress. Before plunging in with our cries or even complaints, it’s good to acknowledge that God is God and to praise Him for who He is. It is also good to rehearse and remind him of His words. And then it is good to pour out our distress with honesty and directness, because Jesus the Son of David, our great high priest, surely understands. He will certainly take note of any requests or complaints based on what he has promised and our prayers will not be wasted.

"I will sing of the LORD’s great love forever; with my mouth I will make your faithfulness known through all generations."
Psalm 89:1